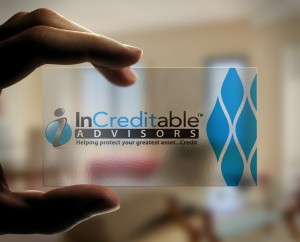 When you deposit money in an interest earning account at a bank, they pay you a small amount of money as interest on your deposit. If you have had a savings account at any time in the past several years, you know that the interest you get paid isn’t a lot. In the last 10 years the range has probably been from 1-5%, depending on the type of account and the bank.

Most banks have fees of various kinds associated with different accounts, which help to offset the operational costs of offering those accounts. Some of these fees have evolved into things like “overdraft lines of credit”, which amounts to an insanely expensive loan from the bank, and have turned into key profit generators for many banks. And this brings us to the real question:

Where does the bank make their money?

For every dollar that is sitting in checking accounts at any given bank, they probably have somewhere around $10 (or more) in outstanding LOANS.

It is through those loans that the bank makes their money.

You deposit a dollar, and get 1% interest on that dollar. That means you’ll get $.01 per year for that dollar.

The bank loans out that dollar, plus 9 more pretend dollars, and makes anywhere from 5%-29% interest on the $10 loan.

As you can see, if the bank is only paying you $0.01 per year for that dollar, and charging fees for using tellers and checks, you’re not getting much compared to what they are getting out of that same dollar.

In this (admittedly over-simplified) example, the bank makes somewhere around 200 times more than you do for every dollar you deposit.

And they make that money by issuing loans to consumers.

The higher the interest rate is on the loan, the more money the bank makes.

So while high interest rates on loans are “BAD” for you the consumer, they mean more money for the banks.

Of course, there is always the risk, especially with regards to unsecured debt, that a consumer won’t follow through with their obligation to pay back a loan.

The bank offsets those costs by doing three things:

3. Getting a tax write off for losses on loans that go south.

To better understand how this works, let’s look at an example.

For the sake of this example, let’s say that a certain category of consumer (one with bad credit) gets higher interest rates because of past defaults. Let’s say, for the sake of illustration, that 30% of consumers in this category eventually default on a loan.

Let’s take those 10 consumers and look at what happens:

Each consumer pays roughly $100 per month in interest for the loans (at 20% interest). In addition to this, about $100 each month is going to principal.

But what about the 3 consumers who don’t pay?

If they pay on their loans for an average of 2 years, the bank will make roughly $2,300 per consumer in that 2 years. Another $2,400 per consumer will have been paid towards the principal.

So the bank has an outstanding balance of $7,600 per consumer in default.

They then write that balance off, which reduces their taxes.

At this point, the bank has received…

(Not to mention the tax savings from the write off.)

Do you remember how much the bank made off the consumers who didn’t default?

These numbers are based on 10 loans at 20% interest with $200 per month payments, on which 3 of the 10 consumers eventually default.

Let’s take the above example a step further. Let’s say that the 10 consumers that the bank loaned the money to were in a different category (those with good credit) that according to statistics, rarely defaults on loans.

Remember how much profit was in our “bad credit” example?

And there is the answer:

Where The Money Is

We know that there are more numbers involved in the bank’s operations but we have given a simplified example here to illustrate this point:

And even at a 40% or 50% default rate, the numbers remain very attractive for the bank.

The real money is in high interest loans, or “sub-prime” loans.

The trick for the bank is getting consumers that are “risky” enough (or desperate enough) to pay higher interest rates, but reliable enough to keep the default rate within the limits needed to maintain profits.

To learn more about credit improvement please visit us at www.creditindy.com or give us a call for a credit session at 317.202.1297