Why the Quest for Good Credit is Difficult? 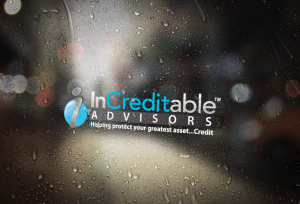 We’ve said it over and over. No bank, collector, or credit bureau is going to be excited about your efforts to improve your credit. The credit system is designed to work against you, the consumer and your quest for good credit.

In our pursuit to educate consumers about the Credit Repair Conspiracy, we will talk about how banks and credit bureaus try to hold consumers with bad credit down.

In this article, we’re going to talk a little about how the apathy of the banks, credit bureaus, and bill collectors plays out with regards to the law.

Here are the THREE ways that these companies violate federal law in the regular course of business.

This is probably one of the most common law violations and it is applicable for credit bureaus, creditors, and even collectors.

According to the FCRA, when you dispute an item on your credit report several things are supposed to happen. Among those are the following:

In each of these cases, consumers have often found themselves frustrated by failure after failure on the part of the credit bureaus, collectors, and banks.

Direct disputes to furnishers are often ignored or not handled properly. Disputes to the bureaus aren’t really investigated. Instead of sending “all relevant information” with regards to a consumer dispute, the bureau sends a numeric code that may or may not categorize the dispute correctly.

For every dispute that is received by a credit bureau, creditor, or collector, there is a high likelihood that the FCRA is being violated somewhere along the way.

Law Violation #2: Failing to ensure the accuracy of data.

The bureaus, for their part, are supposed to remove any data found to be inaccurate, incomplete, or unverifiable. They’re also supposed to have procedures in place to insure the accuracy of data. (This is required, strangely, to different degrees depending on the situation. For example when public record data is pulled in connection with an employment opportunity, they’re supposed to try “extra hard” to get it right (see FCRA Section 613).)

In spite of the requirements of the law, furnishers and the credit bureaus frequently fail in their responsibilities to insure the accuracy of the data being reported.

Some creditors purposely omit information in order to hurt consumer’s credit; even when they’ve been notified of errors, it can seem virtually impossible to get a furnisher or a credit bureau to correct a problem.

And again, when there are legitimate errors like this in credit reporting it can be virtually impossible to get them corrected because NONE of the companies involved want you to have good credit. (You’re more profitable to all of them if your credit is trashed!)

We don’t know how else to say it, whether it’s a creditor, a collector, or a credit bureau, the story is the same: the consumer frequently gets taken advantage of repeatedly.

Consumers get ignored, mistreated, pushed around, intimidated, threatened, and are even retaliated against by the companies that make up the credit system.

The FCRA, FCBA and FDCPA provide some protections for consumers, but they don’t keep the credit bureaus, collectors, and banks from violating those laws and walking all over any consumer who will let them.

Collectors are, of course, the most notorious of consumer abusers. Reading through the FDCPA will give you a good list of tactics that collectors frequently use. They’re illegal, of course, but that doesn’t seem to deter the collection agencies from using them.

Whether you are dealing with a bank, a credit bureau, or a collector, there is a high likelihood that you’re going to encounter various violations of federal and state laws along the way.

Because of this, it’s important to be vigilant and know the laws that are designed to protect you. The better equipped you are, the better off you’ll be.

To learn more about protecting your greatest asset…Credit. Call InCreditable Advisors today and schedule your credit evaluation at 317.202.1297